Sorry to say that this blog has somewhat ground to a halt over the last couple of weeks. Part of the problem was thinking about this post. The trouble is that I never thought to take notes during the conference. If I had thought about it at all I would have realised I should have for the purposes of blogging but I hadn`t given any thought as to how I was going to write about it. 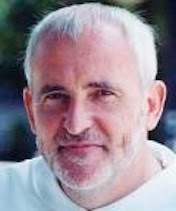 So here goes with the fourth day. The first talk was given by the Irish Dominican, Fr Paul Murray. I had first come across Fr Murray at Ushaw in probably 2001 ( although I could be wrong on the date) when he gave the annual retreat to the priests of this diocese. I remember enjoying his talks more than I usually enjoy these things and was delighted to see him in this context. I had the chance to talk to him a couple of times during the week and found him most encouraging. Father`s talk to us was entitled `Preaching to priests: wisdom from the Middle Ages` in which he focussed on St Bernard of Clairvaux and St Catherine of Siena.
The next talk was gioven by Fr Paul Gunter, a monk of Douai who is a professor at the Pontifical Institute S. Anselmo in Rome as well as Consultor of the Office of the Liturgical Celebrations of the Supreme Pontiff since 2008 and a member of the Editorial Board of "Usus Antiquior", a journal dedicated to the Sacred Liturgy. Father spoke on `The Genius of the Roman Rite in the identity of the priest` the first half of which was devoted to looking at the work of the nineteenth century liturgist Edmund Bishop in identifying the `genius` or guiding spirit or essence of the Roman Rite, which was the subject of his doctorate. The second half of the talk I mainly remember for the happy way it spoke of the Extraordinary Form as much a part of the everyday life of the modern church as the Ordinary Form of the Roman Rite. 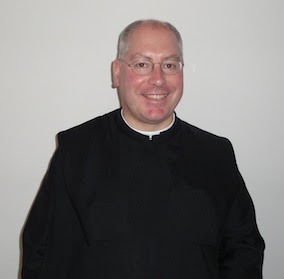 Apologies to both speakers for my sketchy recall of their talks. I did have a conversation with Fr Gunter after his talk and was impressed by his knowledge of all the parishes in Hexham and Newcastle which were formerly staffed by Douai monks and the details of the church buildings with their good and bad points.
That was the last of the talks in the conference. At 11.30 we split into national groups to discuss what we could do next.
Posted by Fr Michael Brown at 1:39 pm