Slowly recovering after a week of thinking most of the time about rubrics at Ushaw.
Here is a picture from the conference dinner last night when Fr Elkin told us about life at Ushaw in the 1950`s. He received prolonged applause for his continued support for the Extraordinary Form. 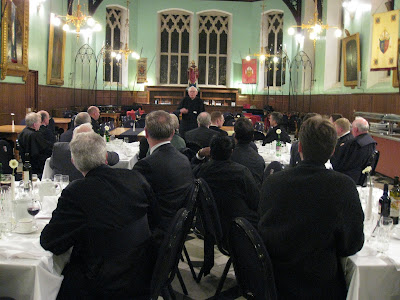 This mornong we were addressed by Leo Darroch, the president of Una Voce International, who gave us the history of the organisation, and then by Joseph Shaw the chairman of the Latin Mass Society who had arrived the previous night. He spoke about some future projects of the LMS. After this Paul Waddington who had overseen the organisation of the whole event asked the participants for their opinions about what the conference and what could be done in the future. 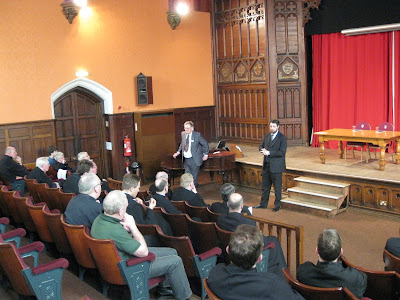 After this came the final Mass of the conference, a votive Mass of St Cuthbert, celebrated by Fr de Malleray FSSP, with Antiphon singing the Palestrina Mass Aeterna Christi Munera which strangely was the same Mass setting we had for the recent Mass celebrated at Stella for the feast of St Cuthbert. 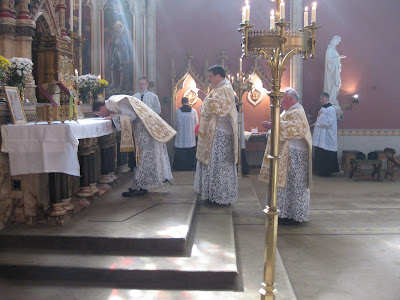 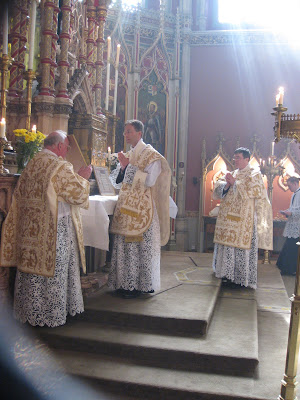 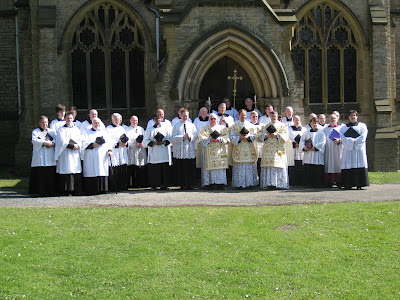 It really was a superb mass. (And I got there just in the nick of time). Many thanks for all your hard work.

Thank you very much for your account of the conference, and for the splendid photographs. It has been a pleasure to follow it. Congratulations to all involved.