Masses in places of historical interest

Yesterday I travelled into the wilds of Northumberland to celebrate the EF Mass at Biddlestone chapel. I wrote about this last year. Here is a picture of the interior. 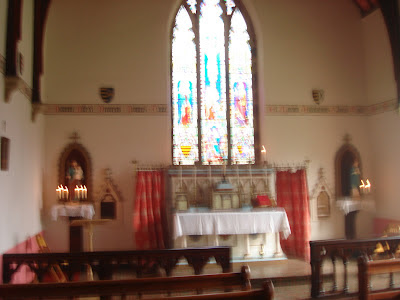 It was good to see Fr Emerson of the FSSP there yesterday too and talk about the news. I was sorry that I didn`t have time to call into the new FSSP parish in Rome when I was there the other week at Santissima Trinita dei Pellegrini. It`s a church I`ve never visited despite it being so close to the English College.
On July 22nd at 7.30pm we will have a Mass in the EF at Dilston, near Corbridge. This was the home of the Radcliffes whose most famous member was the third Earl of Derwentwater who was executed for his part in the 1715 Jacobite rebellion. 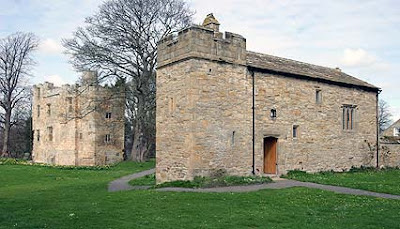 The chapel was built by the family for Catholic worship and after many years as an Anglican chapel was recently given up by the C of E. I`ve said Mass there in 2006 and 2004.

Later on the annual Mass at Brinkburn Priory will take place on September 20th at 12 noon. This is always a glorious event. Last year`s plans to have a solemn High Mass were scuppered when our deacon`s satnav led him to an empty field. I hope we`ll manage to have a Solemn High this year. The music will be provided by the Schola Gregoriana of Northumbria and the Rudgate Singers who will sing a Josquin Mass.
Another significant EF Mass takes place on September 13th at St Mary`s Cathedral at 6pm. This is organised by the local branch of the Holy Family Guild to mark the 40th anniversary of the encyclical Humanae Vitae. This will be the first time since the introduction of the Pauline Mass that an EF Mass will happen in our cathedral. Many thanks to the HFG and to Fr Leighton of the cathedral.
Posted by Fr Michael Brown at 9:20 am