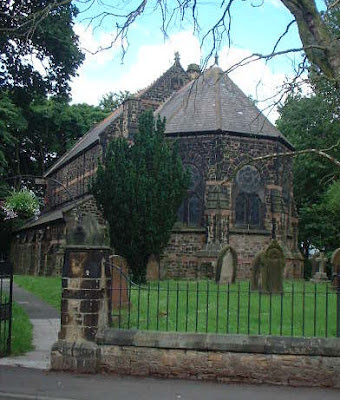 On Tuesday night I attended the installation of the new vicar of Killingworth, Tony Pattison. I took choir dress along with me and joined the Anglican clergy in the choir stalls. The first hymn was one by Wesley I didn`t know but I was amazed by the gusto of the singing in two parts by the whole congregation. The other hymns were not as exciting and included some I had heard in Catholic churches such as `The Servant king` and `Our God reigns`.

The sermon was by the assistant Anglican bishop of Newcastle, Paul Richardson. Much to my surprise he spoke about Pope Gregory the Great whose feast he pointed out had been on Monday. It was really excellent. He recalled that Anglicans generally hadn`t said much about Gregory as the Apostle of the English as they tended to concentrate on St Augustine of Canterbury or St Aidan and had forgotten Gregory because he was a pope. He spoke of how Gregory had given Augustine freedom to adopt the customs of the English to Christianity and that was how we should start today. On the other hand he said that Christians have to have something distinctive to offer society and not just mirror it, if they are to have anything to offer to the modern world. It was one of the best sermons I`d heard in a while even though the element of surprise may have added to its impact.

I also enjoyed the more formal language of the Anglican service. It made me hope that the new ICEL translation of the Mass won`t be too long in coming.

St John`s at Killingworth has the advantage of still looking like a church, with an altar in the apse. I was interested to see that the passion for carpeting the nave was in evidence there but at least the sanctuary floor had been spared.
Posted by Fr Michael Brown at 12:46 pm

Bishop Paul is something of a closet catholic :P I went to a talk on the theology of Benedict XVI when he praised the Holy Father's theology of an "0rganic liturgy" "evolving." He also refuses to "ordain" women, which is why the flying bishop of Beverly has no parishes in the Newcastle diocese, and why he is so popular in conservatice provinces such as Botswana and Papua New Guinea where he was bishop of Aipo Rongo.

I thought he must have been the one who gave that talk on `Understanding Benedict` at St Mary`s cathedral. He may not ordain women but I met his chaplain who is a woman.