Everything but the deacon 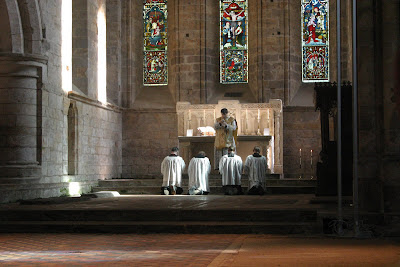 The Brinkburn Mass went well yesterday. The weather was great and I remembered to take everything this time. (Last year I forgot the acolyte candlesticks and I remember saying I`d forgotten something in 2005 on the tenth anniversary of the Mass.) However there was a major hold up on the A1. I thus expected that we might have to delay the start. Mass was scheduled for 12 noon but since Fr Dickson, our deacon had not arrived, I waited until 12.25 before deciding we would have to go ahead with a Missa Cantata. It was planned that if he did arrive then he could vest and come on with Fr Phillips, the subdeacon, after the sermon. However this was not to be. Father was using the latest sat.nav. technology to find his way to Brinkburn Priory. Unfortunately when it told him he had arrived, he was in the middle of a field. The Reformation was cruel but not that cruel to Brinkburn! He did eventually arrive and I hope that all that swotting up on how to deacon to high Mass was not in vain as we hope to have a High Mass on 23rd September at the Forest.

The congregation was seventy-two strong. The Rudgates and the Schola sounded glorious in the wonderful acoustic of the priory. The serving team was rock-solid. Fr Emerson made it too. Unfortunately we didn`t have a spare alb to let him make up the team for High Mass. Afterwards many of the congregation stayed on for a picnic in the grounds and enjoyed the good weather. Here are some pictures courtesy of Frank Erskine: 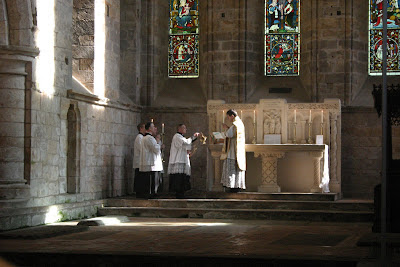 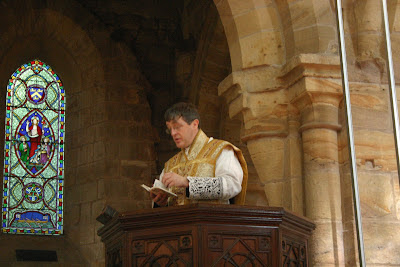 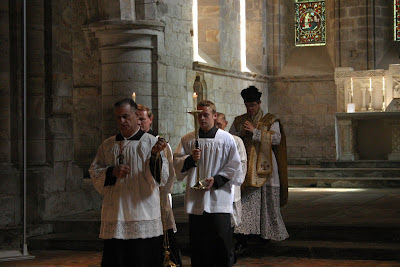