I was delighted to read in the Northern Cross that St Michael`s school at Esh Laude in Co. Durham has been named the best state primary school in the North East and the third best in the whole country by the Sunday Times Parent Power Guide.

Ofsted had already identified the school as `outstanding` after its latest inspection.


St Michael`s was one of only six schools in the country in which every pupil achieved Level Four in the Key Stage Two `sats` tests.

The school originated in 1795 and under headmistress sister Anna Ryan, combines a mixture of traditional and innovative lessons.


The three Rs are given maximum emphasis but the 172 children, aged from 4-11, devise their own rules- and then abide by them.


The many extra-curricular activities at St Michael`s include playing violin and ski-ing. 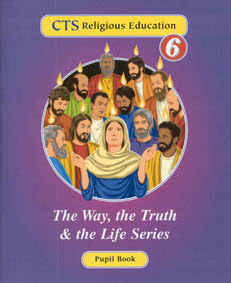 What the report doesn`t mention and why I am particularly interested is that the school uses for RE the excellent CTS programme The Way, the Truth and the Life which, despite having a forward by Archbishop Vincent Nichols, has not always found favour in catechetical circles. I visited the school once and was very impressed by the depth of knowledge of, and enthusiasm for, the Catholic faith shown even by non-Catholics. Sr Anna also ensures a daily Mass is said in the school chapel by using the services of retired priests.
Posted by Fr Michael Brown at 11:00 am

Pat, I`m delighted to hear it!

How refreshing to hear positive comments about a Catholic school.

I hope the music curriculum includes Gregorian Chant as well as violin playing...