Success at the cathedral! Fr Brown cheers up a bit. 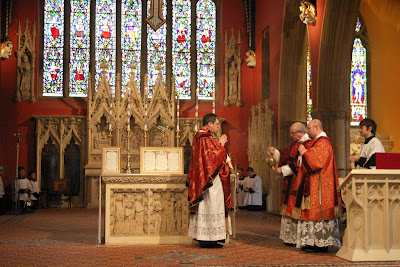 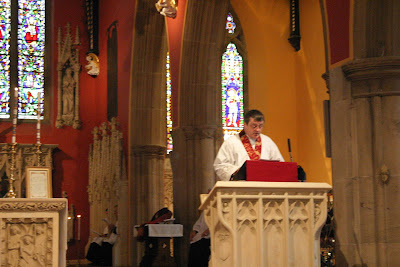 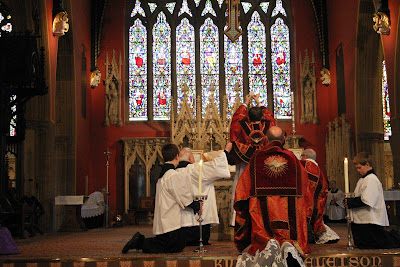 Yesterday morning as mentioned here in the last post, we had what has become an annual extraordinary form Solemn High Mass at the cathedral. It is impossible to know how many people will attend. I was somewhat anxious about the Mass being as early as 10am for people who may have been travelling a distance. Brinkburn had been disappointing this year and the Low Mass on November 1st had been attended by a congregation of eight. ( I really thought there were more Extraordinary Form devotees on Tyneside than that who would have wanted to go to what was the only EF Mass in the area for the Holy Day.)
In the event the cathedral Mass was very well attended with a congregation estimated at being between 150-200 strong. Certainly the central aisles were respectably full. Most of the congregation were not people I knew and after Mass I was asked one or two questions about the Mass from people for whom this was clearly a new experience. So hurrah! I preached and may put the sermon up here.

Many thanks to Fr Leighton, the cathedral dean for his permission for the Mass. Many thanks to all who helped make it possible. The schola were on fine form and the choir led by Shaun Turnbull gave us Viadana`s L`Hora Passa Mass and the Bruckner motet Locus iste and it all sounded very good. Thanks to Frank for the pictures above. More can be seen on Mike Forbester`s Flickr account.
Posted by Fr Michael Brown at 4:39 pm

Splendid. Congratulations to all concerned.

Are the vestments Pugin?

All I know is that they came from the Darlington Poor Clares together with a splendid white set. The tunicle is made of different material in the red set and I wonder about the roundel on the front of the chasuble.

Looking at the full photo set I see what you mean Dr. Brown. As the orfreys and decoration on the tunicle are identical to that on the dalmatic I wonder whether the tunicle was replaced at some time and the orfreys transferred onto new material? The roundel does indeel look like a later addition as you imply.

Still a very pleasant set IMHO, although I would prefer a fuller cut. They would look even better if used with some apparelled albs and amices.